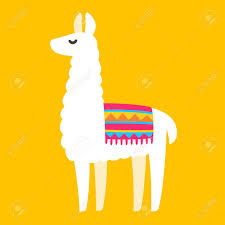 A true story......
Enjoy and have a great day!
A llama on a MAX train in late February.
By Andrew Theen | The Oregonian/OregonLive
Yes, a llama rode a light rail train in Portland this weekend, TriMet confirmed Monday.
Caesar the No Drama Llama has a website, a social media director, multiple personal assistants and a handler named Larry McCool who says the camelid has a habit of making everyone smile wherever he goes.
On Sunday, according to multiple social media accounts, the llama and crew took the show to the city streets. The llama’s Instagram account indicated the animal and human entourage were on their way to the Wizard Con at the Oregon Convention Center.
Tim Becker, a TriMet spokesman, said the llama would not be permitted to ride, presumably even with a valid fare or Hop Card.
It’s not clear whether Caesar had valid fare.
“While we appreciate that Caeser is promoted as “The No Drama Llama”, and that he apparently was well-behaved during his ride, TriMet policy only allows service animals on TriMet vehicles,” Becker said in an email.
“Service animal,” according to TriMet Code Section 28.10(R), means any guide dog, signal dog or other animal individually trained to perform tasks for an individual with a disability. You can learn more about that policy on this web page. Non-service animals – or “companion animals” – are considered pets, which are only allowed on board in a closed carrier.
According to the llama’s website, Caesar can be hired for a charity, business or personal event or a party where hosts are “looking for a fun and unique guest star.”
Charitable events are free of charge, according to the website.
If you desire or demand more Caesar action, there’s a video profile of him on KGW from last week helpfully posted to the previously described website. The video includes some llama closeups and several utterances of the phrase “That is so Portland,” by KGW personalities.
According to the video, he resides in Jefferson, a bit south of Salem.
~~~~~