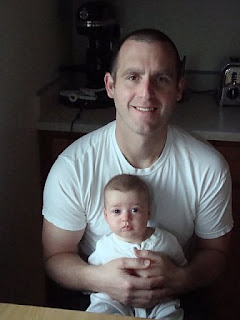 A few weeks ago I posted a photo of Evelyn Mae with
her mother Mary. At the time I promised a photo of
Evelyn with her daddy Jarrod. So here they are!
A wonderful image taken by Mary.
Posted by Kathe W. at 3:59 PM No comments:
Labels: baby photos

Dreaming of Jupiter and other happenings

This entry is sort of like "what I did on my Summer Vacation", but it's actually only "what we've been doing for the past few weeks". It's been a pot-pourri time what with the weather just NOT cooperating and we had to make fun when it wasn't.... so here are a few shots and a few little movies. Russell loves the movie option on our camera!) So, sit back and enjoy.....


We went to Ted Simon's lecture/slide show almost 2 weeks ago.
He rode this BMW motorcycle around the world in 1974
and in 2001 at the ripe old age of 69 he
repeated his trip, but this time with a
newer BMW and a digital camera.
His seond trip took 2 1/2 years and went
through 48 countries.
His first trip produced an extraordinary
account in the classic best seller
"Jupiter's Travels" and after his second trip
he wrote "Dreaming of Jupiter".
Both books are well worth reading! 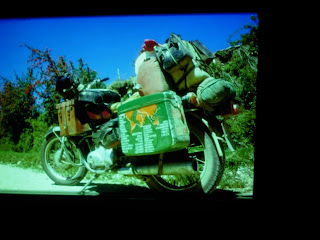 It was a fascinating show-this slide shows his
motorcycle from his first adventure. 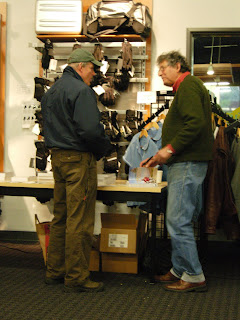 Here's Ted talking to one of his fans. 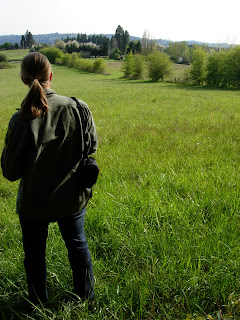 We met with Fish and Wildlife AnnMary Meyers to walk Luscher Farm.
We have joined Friends of Luscher Farm in their ambitious
goals of restoring wildlife habitats and an Oak Savannah
to once cow pastures. 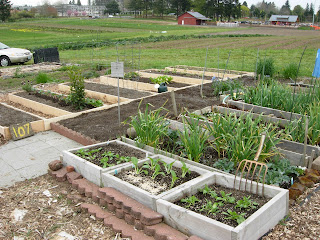 I finished planting cold weather
vegetables in my garden.
Tom and Steve are now my garden partners.
Look at their raised beds....wow! 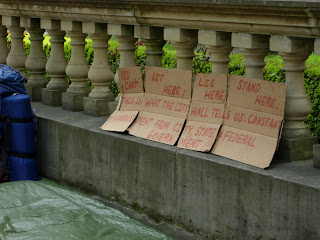 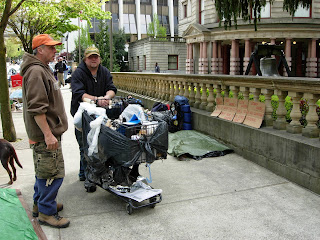 These gentlemen are part of a
group protesting the lack of
shelters for the homeless to
use for sleeping.
It is illegal for them to sleep
under the bridges, on the sidewalk,etc
unless they are protesting...then it is ok. 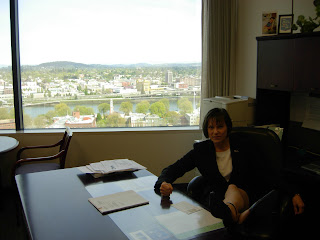 Barbara in her sleek office.
She is firm in her denials of loans! 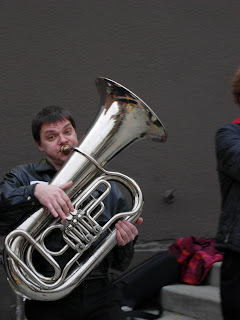 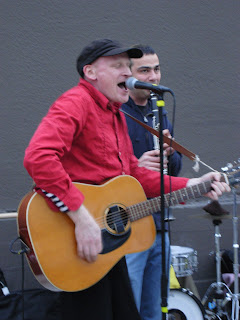 Leader of the Chervona band!


video of the Chervona Band