It's been a few days since we got back home
and we've just now sort of settled down
to our old routines ....here are some goodby photos
of our time in Zihuatanejo....

The mile long stretch of beach....dotted with restaurants
and mostly small hotels 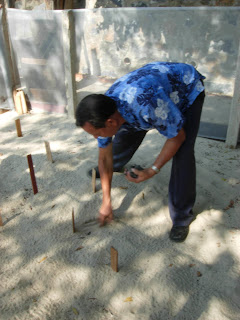 Goodby to Illario as he checks on the hatching turtles..
they'll be released into the ocean as we are flying home.. 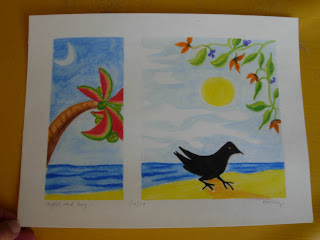 One last drawing made for friends.... 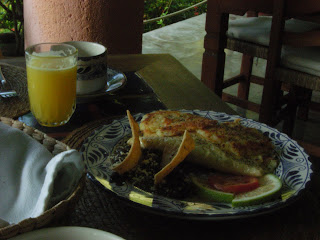 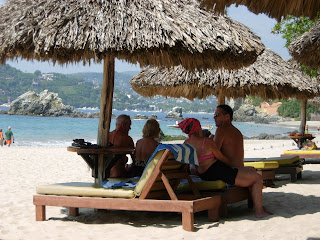 Saying goodbye to dear friends.......
we'll see them next year in Zihuatanejo-if not before! 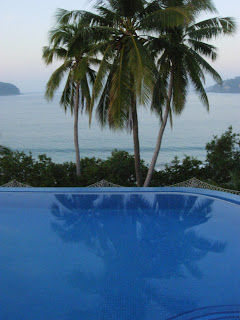 Saying goodby to the infinity pool that we used after
hours of being in the ocean... 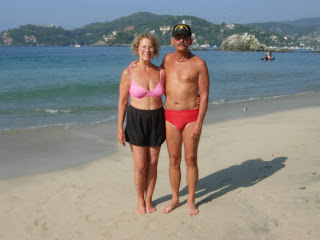 and look! We don't appear to be much worse for
all the cervesas and frioles consumed in the past 2 weeks!
Just a few hours after this photo we were on our
way home....had a great time- we'll be back!
Posted by Kathe W. at 9:01 AM
Labels: baby turtles, Catalina Resort, mexican cuisine, mexico, playa la ropa, watercolor drawings, Zihuatanejo